A recent addition to the Victoria design scene is passive homes, architect Allison Holden-Pope brings a striking esthetic to her sustainability-forward designs.

When talking to architect Allison Holden-Pope, her passion for helping people build their perfect homes is evident on many levels.

“I love the scale of it,” she says. “I love the complexities — per square foot of space, there are so many more moving pieces than the replication you get in a large tower or condo. In every part of the home there is problem-solving and optimizing. And as much as we like to think that there’s a template for a home, as soon as we dive in with our clients, every preconception of ‘we want it to look like this previous project you did,’ is out the window once they talk about how they like to use space.”

Holden-Pope, who is now based in Victoria, originally worked in commercial architecture — she was the first LEED- certified professional in Quebec — but always knew she wanted to design homes. The green-forward mindset of the West Coast drew her to Vancouver, where she eventually formed her own firm One SEED Architecture + Interiors in 2008.

Her firm did one of the first Passive Houses in Vancouver, Khotso Passive House, a custom multi-generational home that exemplifies Holden-Pope’s minimalist and airy style.

“Some of our clients don’t realize when they hire us, how some of these beautiful West Coast Modern homes have been designed and optimized for sustainability,” she says. “On the other hand, I’ve done a lot of speaking engagements, and we have several Passive homes in our portfolio now, so other people hire us without necessarily being influenced from the esthetic side of things.”

Looking to raise their young family and be closer to her parents, Holden-Pope and her husband decided to move to Victoria in 2019.

“I just love driving through Victoria because of the West Coast Modern architecture — the housing stock is really of that era,” she says. “And also coming from Vancouver, where the lots are a lot tighter and denser, here there’s room for expression and articulation. There’s just more flexibility of what can happen on a site.”

Spruce sat down with Holden-Pope to talk about her Geometric House project — a renovation in North Vancouver — the importance of sustainable design, the misconceptions and its benefits and challenges.

What attracts you to a project?

We have three things that help us choose a project. The client is the big thing. We’re going to be working together for three years. So, it’s how well we communicate, and if I feel like they will enjoy what I can bring to the project. It’s a collaboration. Then sustainability — that the clients value and are interested in sustainability — and some esthetics. We focus on West Coast Modernism and Nordic-influenced architecture.

What do you wish people understood about sustainable design?

That’s it’s very low tech — it’s not about using complicated systems that are counter-intuitive. It’s a simple approach to construction. And it’s so intuitive. Once you learn about it, you realize this is the only way we should be allowed to build. When we’re talking about Passive House, the actual certification requirements are just a certain energy consumption and an air tightness. It doesn’t tell you at all how to get there, so you have the flexibility as a designer to respond to the site.

How does Geometric House embody your sustainability-forward approach?

There were three prongs. The first one was related to the site, as the existing house was in an environmentally sensitive area. A demolition and new build would have had a much harder impact than doing a renovation and keeping the footprint contained. The second is something we do for all of our projects, which is to focus on the envelope. Even though this is not a Passive House, we were clever about getting high R values in a plan that looks like it’s just posts, beams and glass. The third prong, a big environmental factor for this particular house, was material selections — not only choices that were healthy for the environment, but are also healthy for the homeowners.

Does a sustainable-forward build cost more?

It doesn’t have to. It’s about placing windows in the right place at the right location. We do solar studies to assess where the sun is hitting, what windows, what time of the year and what time of the day. We can model that out fairly accurately to get shading, so we’re only letting in winter light, shading out summer light and passive venting — these things don’t cost more money.

Our clients, who maybe didn’t start interested in sustainability, are always really happy as they go walk through the process with us, and as we talk about why we want to put this here and that there, and they like the idea of their house working for them. It is a way to bring them a lot of joy, and it makes them feel good about what they’ve done with their construction dollars.

The sustainability movement is gathering momentum in Canada, but have there been issues?

It was discovered that about 75 to 85 per cent of the harmful environmental impact of a house over its life cycle — from sourcing the materials to their disposal — comes from the energy consumption of the home. So everybody just started focusing on energy consumption. Then the issue was many people started using spray foam and vinyl and all these materials that, yes, have a high R value, but are so hard on the planet. We have always come at it from a more holistic approach, which is a low-embodied carbon construction that considers the climate and the health of the occupants.

The basic principles of Passive House are focusing on the envelope. So that’s walls, roof and floor. Hyper-insulated is the first element, and the second element is air tightness.
The certification of Passive House would be that you’re focusing on a home that is super insulated, including windows and doors, airtight and reduces thermal bridging, which may be a more complex term.

What is thermal bridging?

It’s those elements that extend from the inside out, transferring heat to the outside, causing heat losses.

What are the standards?

The energy consumption — the metric is 15 kilowatt hours per meter square per annum. That’s your heating and cooling and hot water demands. In the design of the house, you have to assess how much energy is required to heat and cool it and provide domestic hot water.

The only way you can get there is with a really insulated envelope, as well as being airtight.

How does it affect the operating costs?

So there is a great way to describe this. While it often can be more expensive to build a Passive Home, compared to a house that’s just built to code, the costs are often rolled into a mortgage, which transfers into a monthly cost. But right away, there is savings on the operating costs, so the difference in the monthly costs aren’t necessarily substantial. Then once the mortgage is paid off, you’re saving more because of the reduced operating costs. It’s often whether there is the upfront capital to make that jump.

Is energy consumption the only benefit?

The thing that actually draws people the most is the comfort. In a Passive House because of the high thermal envelope and insulation, the whole house has no surface that varies by more than four degrees. There are no drafts; it’s always the perfect temperature. There’s still fresh air coming in, but it’s coming in where it’s supposed to be coming in, not through gaps or cracks in the wall assembly. When I’ve asked people who live in Passive Houses to describe the comfort, they say you can’t actually describe it — you’ve never experienced anything like it. It’s next-level comfort. 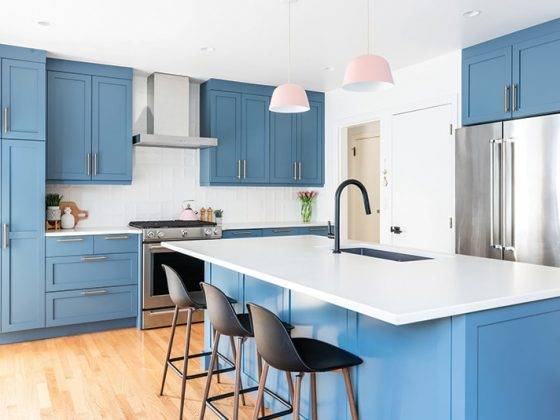 3 Ways to Elevate a Kitchen Space 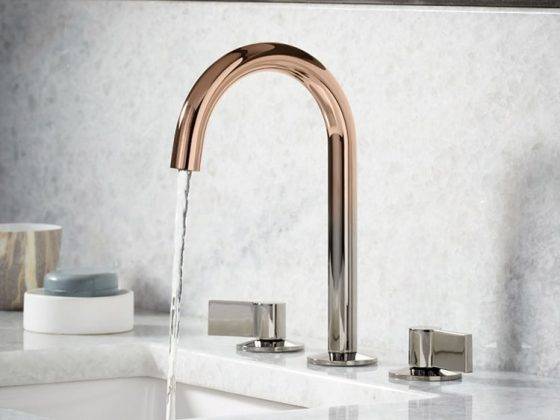 3 Faucets to Upgrade Your Bathroom Sink

Condo inspections: why you need one 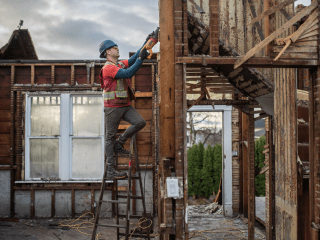 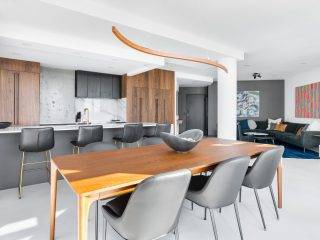 An Expert’s Advice on Elevating Your Space with Lighting 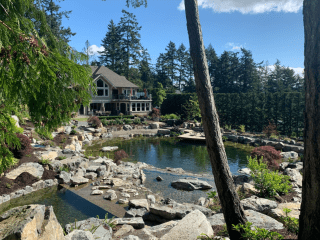 Garden by Design: a Conversation with Steve McLeish 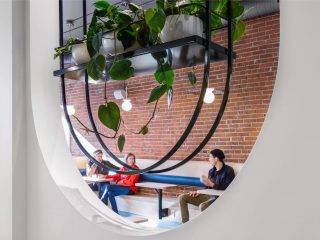 Hey Happy Coffee: Behind the Design 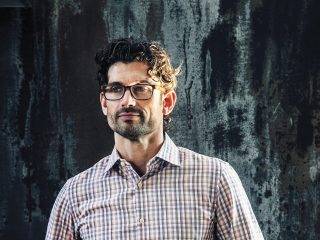 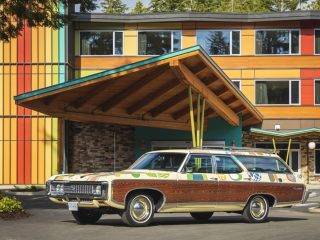 Behind the Design of Hotel Zed Tofino