Take a tour through this timeless custom home in Uplands, created by local architect Brian Morris in a transitional style. Find the list of home resources at the end of the post.

Perhaps the most important built-in feature in Jackie and Kerry Rudd’s custom Uplands home is something guests sense rather than see: calm. Victoria architect Brian Morris designed the house around the ordered elegance of transitional style. Everything is in balance, set across an axis that meets in the kitchen-living area, the heart of the home.

“What I find, architecturally, is that when you have this underlying sense of order, [it not only] makes the house cohesive, it also helps the brain to relax in a subconscious way,” says Morris. “What I try to do is create a house where your mind can relax.”

The Rudds were initially looking to buy a home in Victoria, but couldn’t find their ideal. Their real estate agent suggested they build their dream home.

They hired Morris, who says his architecture commissions begin with multiple conversations. He gets a sense of what clients want, from exterior and interior design to structural elements.

Not everyone is good at communicating these wish lists, he says, but the Rudds were.

Sophisticated, well-travelled and knowledgeable about design — Jackie had worked as an interior designer at Harrods department store in London — they also knew what they didn’t want. That’s another big plus, says Morris.

No show-home look for Jackie, or anything resembling a hotel for Kerry, the retired CEO of an engineering firm. They wanted their house to be timeless and inviting, a place that conveyed permanence. It had to be low maintenance, allowing them to age in place. It also had to fit in well with the neighbourhood.

They wanted traditional, coupled with lots of space and light and enough room to accommodate their three adult children when they came to visit. A fantastic cook’s kitchen and expansive outdoor space, including a terrace and gardens, were crucial for Jackie.

Morris took them on neighbourhood tours, including some of the many homes he had designed over his 26 years working in Victoria, to get an idea of both what they liked and didn’t for their 5,500-square-foot home.

The Rudds hired builder Mike Griffin of Griffin Properties, who had teamed with Morris on several houses. They later brought in Vancouver-based interior designer Shelley Scales, who had worked on a previous project on the couple’s Delta, B.C., home.

The Rudds wanted an interesting roofline, so Morris designed one with steep pitches, hipped corners and dormers. The house is clad in stucco, which is typical of Victoria, but the dramatic dark paint called Witching Hour (from Benjamin Moore) makes it unique. White trim and a custom-cut stone base with narrow masonry seams completes the exterior.

The foyer is one of few areas in the home that’s not painted white. It’s done in cheery butter yellow by British paint maker Farrow & Ball. A direct sightline leads to the central kitchen, living area and outside to the terrace.

The fireplace and kitchen line up in one direction. The other axis leads from the foyer to a large terrace and down to a garden and a horizontal water feature, inspired by the Rudds’ visit to Marrakesh.

Tall doors and high ceilings add elegance and a feeling of spaciousness. Morris designed the square coffered ceilings that carry throughout the home. Griffin, an expert cabinetmaker whose finishes are seen throughout the home, designed and built custom ceiling trim and crown moulding. The repeating geometric patterns on the ceiling coffers add a relaxing element while concealing structural beams.

When everything aligns, the brain feels a sense of calm, Morris says. He also believes in providing an interior view from different points inside a house, like the hand-painted wallpaper art panels Jackie chose for the top of the wide stairs.

Jackie was devoted to the home’s design. From 2015 to its completion in summer 2017, working on the house was her full-time job. She chose every interior element — from drawer pulls and bespoke fabrics for the chairs, to wallpaper in the bathrooms and the various shades of white paint throughout the house.

Scales’s connections in the interior design world helped Jackie source the finishes and pieces she wanted, like the flooring for her office and the pantry off the kitchen, inspired by slate tiles the Rudds had seen in a French house. Griffin built the satin-finish, custom millwork that provides plenty of storage and a cozy alcove with a bench for removing boots and shoes.

The main-floor powder room is another Scales-Griffin collaboration, completed with Jackie’s considerable input. Griffin built the replica antique French dresser washstand, and Scales picked an ultra-modern Kohler Leaf vessel sink and contemporary Purist faucet. She also suggested the curved framing above the sink. The result is a fine example of transitional style.

The open kitchen is a showstopper, with a French country feel and contemporary lines. To create privacy for the terrace, Morris designed a window-filled bump-out breakfast area off the kitchen.

Morris brought light into central rooms with skylights, including one over the kitchen that’s placed close to a white wall to act as a reflecting surface.

The Rudds are delighted with their custom home. Jackie says she cried when she first walked into the completed house.

Kerry pays the Morris team the ultimate compliment. “We will never build again. But should we, we’d go see Brian and Mike.” 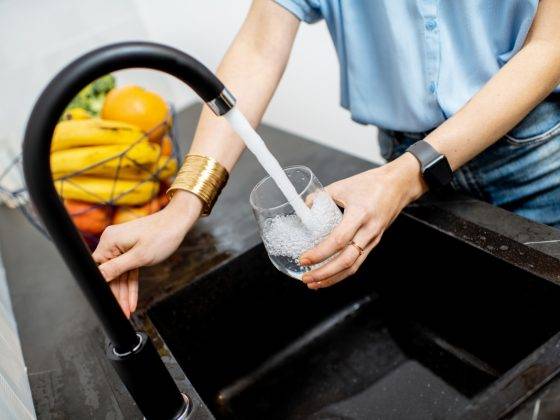 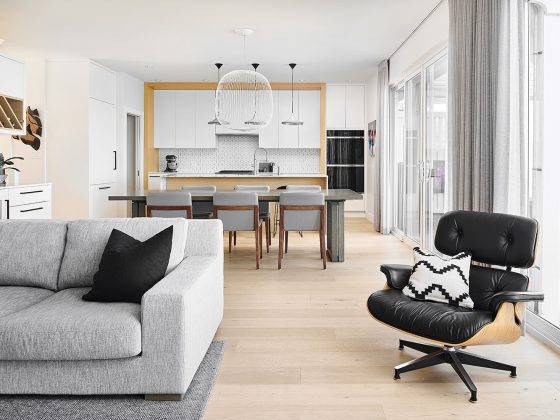 A Marriage of Styles

All in the Family: Foxy Banks Build

The Wonder of Water 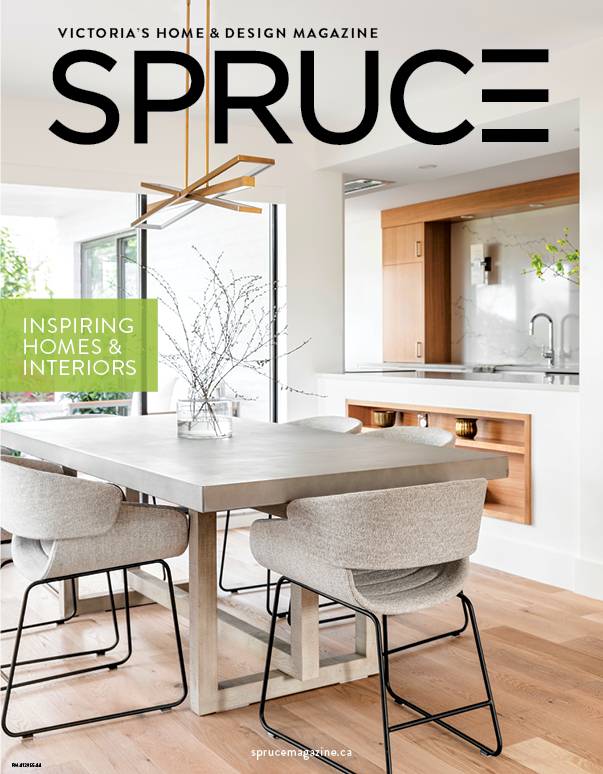